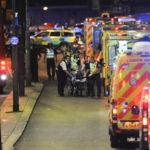 The Network of Sikh Organisations (NSO) feels it’s time for the country to have an honest debate about the religious motivation behind the jihadist terror attacks in Westminster, Manchester and London Bridge.

For far too long we have heard platitudes from politicians and commentators like ‘terrorism has no religion’ or ‘Islam means peace’, without questioning the real motivation behind the sequence of terror atrocities our country has faced. Many innocent lives have been lost and statements from the Prime Minister like ‘enough is enough’ must be backed with practical steps to get to the root cause of the problem without fear of being labeled ‘Islamophobic.’

We take the view that Western intervention in the Middle East has contributed to contempt for countries like Britain in the eyes of extremists, their sympathizers and sponsors. Moreover the duplicity of politicians like Trump, who on one hand pledge the destruction of Islamic State, whilst selling their backers Saudi Arabia weapons to murder Shias in Yemen, is counter-productive. However, we also know from the history of our forefathers who suffered terrible persecution under India’s Islamic invaders, this is not simply just about Western foreign policy. There is something else at play, and has been for a number of centuries. We must have the courage to name the elephant in the room.

The NSO takes the view that jihadist attacks are primarily motivated by foundational religious texts, and Britain can no longer ignore this. We can no longer bury our heads in the sand and pretend there is no doctrinal motivation. An honest conversation, however difficult, must now take place, acknowledging the existence of verses that are clearly being interpreted by extremist Muslims as a divine license to kill non-believers or kuffar (a derogatory term for a non-Muslim). This is how true interfaith must now evolve and where the conversation, however difficult, must go. We must be clear on which verses are problematic, and how they are being interpreted. We urgently need to know what the Muslim community will do to stop hate preachers from plugging extremist narratives, particularly ones that encourage hate, murder and mayhem.

Lord Singh NSO Director said, “Today’s response to terrorist outrages is frankly pathetic with statements like: ‘the vast majority of Muslims are decent law abiding people’. Of course, they are. So are followers of other faiths. But what of smaller numbers who earnestly believe murderous action against fellow human beings is justified by their religion? Statements like, ‘we must all stand together’, or, that ‘those that seek to divide us will never win’, are fine, but they, and pledges to increase security and intelligence, do nothing to address the underlying causes of religious terrorism.”

He added, “Today, there is an urgent need to look at the environment in which the cancer of terrorism thrives. We will never get anywhere until we are bold enough to attack and break down false barriers of arrogance and superiority between and within different religions. If we do this, we will find core ethical teachings have much in common. We will also find cultural practices of blatant discrimination against women, and others who are in any way different from the norm.”

He went on, “Such attitudes, questionable even centuries ago, have no place in the world of the 21st century and should be unceremoniously discarded. Not easy. It requires religious leaders to declare that oppressive cultural attitudes, and historical enmities embedded in religious texts, have no relevance to the world of today.”

The NSO extends its heartfelt condolences to the friends and families of those who lost loved ones during the London attack.