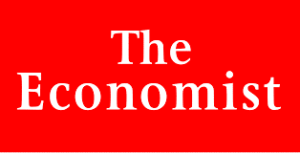 Evidence given by the NSO to the Home Affairs Committee on the APPG on British Muslims proposed definition of ‘Islamophobia’ has been cited in an article in the Economist last month.

The article discusses aspects of our submission (along with that of the National Secular Society (NSS)) which we expect to follow up with oral evidence later this year.

We have previously expressed our concern about the vague term ‘Islamophobia’ and the risks it poses to free and open discussion in a submission to the APPG on British Muslims.

‘The NSS also drew approving attention to an interesting contribution by one of Britain’s religious minorities. The Network of Sikh Organisations made a submission arguing that the term “Islamophobia” could be used to shut down “free and open debate about matters of public interest” including the treatment of minority faiths in Muslim lands, both in the present day or in history. Nor, the Sikhs argued, should concern with Islamophobia be used to give a free pass to conflict within the world of Islam, such as the ostracising of the Ahmadi Muslim sect which had led to two sectarian murders in Britain.’