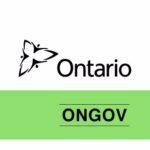 Last week the government of Ontario passed a motion which officially recognizes the 1984 anti-Sikh riots orchestrated by Congress politicians as ‘genocide’.

Legislator’s in Ontario’s provincial government passed the motion which was put forward by Liberal Member of the Legislative Assembly Harinder Kaur Malhi last Thursday. The Private Members Notice of Motion number 46, was passed with a majority vote of 35 to 5.

It was first introduced last year by the New Democratic Party (NDP) Deputy Leader Jagmeet Singh, but failed to get cross-governmental support at the time.

Lord Singh of Wimbledon, who has been tirelessly campaigning for justice for the victims of 1984 said:

“We applaud the initiative of Harinder Kaur and the Ontario Legislature in describing the widespread government killings of thousands of Sikhs in India as genocide.”

He went on: “We hope that other governments will follow, resulting in an international inquiry to punish the guilty and bring closure to thousands of still grieving families.”

In a debate in the House of Lords in 2014, Lord Singh said the widespread killing of Sikhs in the wake of Indira Gandhi’s assassination was incited by the words ‘Khoon ka Badla Khoon’, meaning ‘Take blood for blood’ on All India Radio.

At the time he informed peers: “We know all about the disappearances and killings in General Pinochet’s Chile, but a WikiLeaks document carrying a signed report from the American embassy in India shows that more Sikhs were brutally murdered in just three days in 1984 than those killed in Pinochet’s 17-year rule.”

A detailed report on the subject, 1984 Sikhs’ Kristallnacht can be found here