Today we are commemorating the martyrdom of the 9th Guru, Guru Tegh Bahadur who on this day in 1675, courageously gave his life defending the right of freedom of belief of those of a different faith to his own.

The Mughal ruler Aurangzeb, in his determination to extend Islam to the whole sub-continent, was forcibly converting large numbers of Hindus in Kashmir. In desperation the Hindu leaders asked Guru Tegh Bahadur to intercede on their behalf. They said, we know that you and earlier Sikh Gurus have always stood up for the rights of all people, will you appeal to the Mughal Emperor to stop this forced conversion?

The Guru knew that such an appeal would almost certainly cost him his life. But true to Sikh teachings on freedom of belief he set off for Delhi. The Emperor refused to change his policy and instead offered rich gifts to the Guru to convert to Islam. When Guru Tegh Bahadur refused, his close disciples were martyred, and he was publicly beheaded in the centre of Delhi. His crime, defending the right to freedom of belief of those of a different religion to his own. In his writings his son Gobind Rai (aged 9 at the time of the martyrdom), later to become known as Guru Gobind Singh wrote, ‘he laid down his head but not his principles.’

The universal right to freedom of belief is emphasised in the UN Declaration of Human Rights, written in the aftermath of the Second World War. Article 18 reads, ‘everyone has the right to freedom of thought, conscience and religion; this right includes freedom to change his religion or belief, and freedom, either alone or in community with others and in public or private, to manifest his religion or belief in teaching, practice, worship and observance.’[i] We all applaud its lofty sentiments, but all too often put these important principles below trade and economic interest.

Guru Tegh Bahadur set the bar high when on a cold winter’s day, he gave his life in the defence of human rights and gave stark reality to Voltaire’s words: ‘I disapprove of what you, but I will defend to the death your right to say it.’

Unbelievably, the BBC tried to prevent the story of the Guru Tegh Bahadur’s supreme sacrifice being broadcast two years ago, in an extraordinary fit of political correctness. Thousands of Sikhs and people of other faiths wrote to the BBC in protest, and the incident made it on the front page of The Times along with an Editorial which asked the then Director General to reconsider the ‘shabby treatment’ of our Director – his fellow peer.[ii] Sadly, the usually vocal Sikh Federation UK were totally silent; not a peep. Their unhealthy obsession with narrow exclusive identity politics, has blinded them to the universality of Sikh teachings on the need to stand up for others.

On this anniversary of Guru Tegh Bahadur’s courageous martyrdom, we are reminded that we still have much to do to understand and live true to our Gurus’ powerful teachings – they are teachings for not only Sikhs, but for the whole of humanity.

Why all Sikhs should oppose the controversial definition of ‘Islamophobia’ 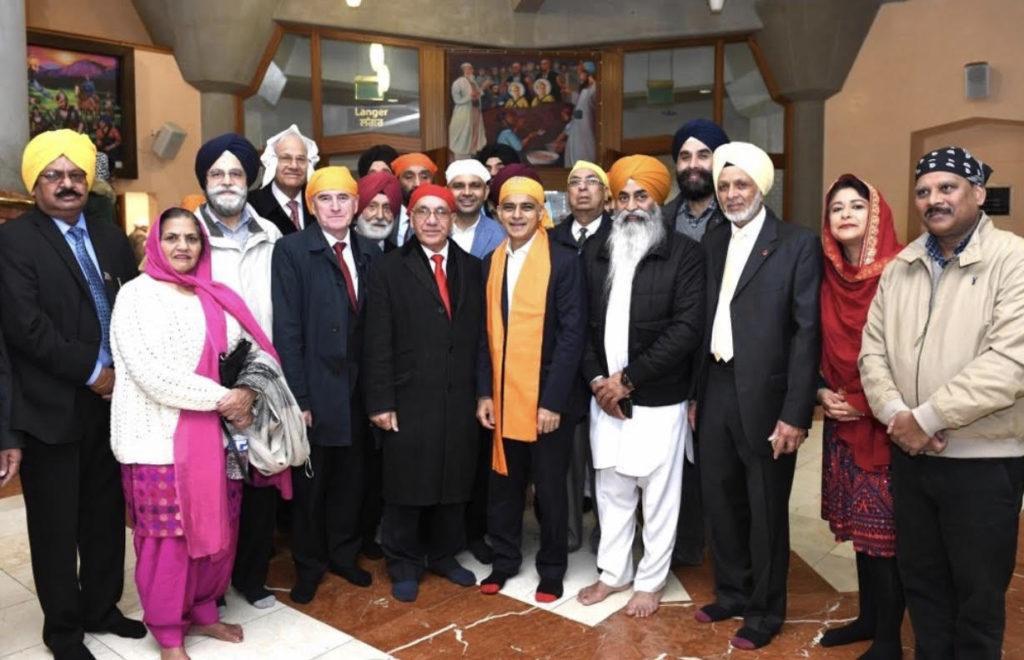 The above image of the Mayor of London being greeted at Sri Guru Singh Sabha Southall with the backdrop of the martyrdom of the Chote Sahibzade (sons of Guru Gobind Singh) could be deemed ‘Islamophobic’ by the APPG on British Muslims definition of Islamophobia – a definition City Hall has adopted.

In a recent House of Lords debate the APPG Islamophobia definition which was previously rejected by the government was again discussed. Our Director Lord Singh, responded:

‘My Lords, emotive definitions such as Islamophobia are simply constraints on freedom of speech. A phobia is a fear, and the best way to combat irrational fear or prejudice suffered by all religions and beliefs is through healthy, open discussion. Will the Minister endorse the commitment given last week by Heather Wheeler, Under-Secretary of State for Foreign and Commonwealth Affairs, to protect all religions and beliefs without fear or favour?’[i]

The Network of Sikh Organisations (NSO) is committed to parity in all areas of policy for all faiths and communities. In a recent debate on anti-Semitism Lord Singh made this very point when he said:

‘My Lords, anti-Semitism is evil and should be combated in every possible way, but will the Minister make it clear that the Government are equally committed to tackling hate crimes against all communities, even those of non-Abrahamic faiths?’[ii]

Despite the pleas for a level playing field, when it comes to resources and policy around hate crime, we’ve consistently stressed in evidence[iii][iv]to the government our concern about the marginalisation of non-Abrahamic faiths. Sikhs have suffered significantly since 9/11 due to the negative reverberations of Islamism, yet we remain an afterthought and are subsumed within the broader ‘Islamophobia’ debate. We’ve previously referred to the government’s failure in addressing this in both Action Against Hate (2016) and Action Against Hate ‘refresh’ (2018) – the government’s four-year hate crime action plan.

Current legislation is enough to protect all faiths from crimes motivated by hatred. We believe the Equalities Act 2010 provides equal protection under law for all racial and religious groups, and those pushing for special definitions like ‘Islamophobia’ an amorphous term – aim to push the boundaries of ‘hate’ to beyond anti-Muslim prejudice, to any discussion of inconvenient aspects of religion and doctrine – which we must all be free to discuss without fear of prosecution or arrest. The same applies to use of the word ‘anti-Semitism’ when it is used to deliberately shut down legitimate discussion about Israel.

Remarkably, we were the only Sikh organisation who realised that under proposals put forward by the APPG, merely discussing aspects of Sikh history (like the martyrdom of Guru Tegh Bahadur) could be deemed ‘Islamophobic’ equated to ‘racism’, and quite possibly criminalised.[v] This in turn would cause immediate problems for our gurdwaras who have pictures of shaheeds or martyrs hanging on their walls. Prominent historians like Tom Holland understood the consequences,[vi] meanwhile some prominent Sikhs ignorantly supported the definition.[vii]

Our Director and Deputy-Director were signatories to an open letter to the then home secretary opposing the APPG definition last year.[viii]  However, despite the government rightly rejecting it, it has since been adopted by many councils across the country, with more looking to do so this year. Like others, we remain concerned that this definition could serve as a backdoor blasphemy law, and maintain that ‘anti-Muslim’, like ‘anti-Sikh’ or ‘anti-Hindu’ hate is much clearer language, and something already protected under existing legislation.

[v] ‘claims of Muslims spreading Islam by the sword or subjugating minority groups under their rule’ would be deemed ‘Islamophobic’ by Islamophobia Defined. 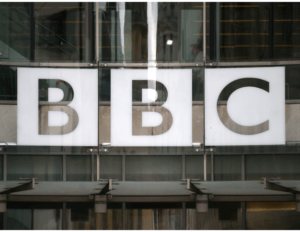 We have been overwhelmed by supportive messages for our Director following the front-page headline in The Times last month – ‘Sikh peer leaves BBC Radio 4 show with swipe at ‘thought police’’.  The solidarity has come from all over the world, from Sikhs and people of other faiths and none – including Christians, Jews, Muslims and Hindus. It is a matter of grave concern that an overzealous producer had the temerity to insult Sikhism by attempting to censor the sacrifice of our 9th Guru, Tegh Bahadur, who gave his life standing up for freedom of religious belief in the face of tyranny. In an increasingly fractured society, it is these very values that must be celebrated and promoted – not censored by the ‘thought’ police.

The story was covered across the media including in the Sun, Express, Telegraph, Daily Mail, Times of India and many more.

You can read Lord Singh’s opinion editorial in the Mail on Sunday here and our Deputy-Director Hardeep Singh wrote an article for the Spectator.

We are pursuing a complaint against the BBC for the insult to Sikh teachings and cannot do this without your support.

We have set up a petition and need as many signatures as possible: The petition can be signed here: https://you.38degrees.org.uk/petitions/public-inquiry-into-bbc-censorship-and-bias

We are grateful for those that contacted us with messages of solidarity including the following:

‘Lord Singh is a Sikh ambassador, who speaks about the teachings of Guru’s with passion. The Sikh Guru’s taught equality, truthfulness and honesty, they fought and sacrificed their life for freedom of worship and other injustices, regardless of who they were.’ Kuldip M

‘Lord Singh is not alone and with support we need to highlight the orchestrated bias within the BBC’ Manjit B.