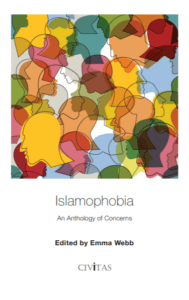 An anthology complied by a leading think tank warns that a proposed ‘Islamophobia’ definition has serious consequences for free speech. Islamophobia: An Anthology of Concerns is a series of essays edited by Emma Webb, Director of The Forum on Integration, Democracy and Extremism (a project at Civitas).

Referring to the proposed APPG definition of Islamophobia, she argues ‘The definition would have a chilling effect on necessary discussion around the Islamist threat to the UK. In a free society, there can be no arbitration of which criticisms of any given religion or ideology are legitimate, regardless of perceived motive, level of education or quality of debate.’

On the publication, our Director, Lord Singh of Wimbledon said, ‘This comprehensive anthology of widespread concerns about the danger to free speech and legitimate discussion in the use of the vague catch-all term Islamophobia, is both timely and welcome.’

He goes on, ‘The report will not only help protect free speech and legitimate criticism, but also help us understand why Muslims and other religious communities are sometimes the target for hate crimes that shame society. Perpetrators of such crimes do not carry out a detailed study of a religion before expressing antipathy. Hatred arises out of ignorance in which small differences can assume frightening and threatening proportions. It can only be removed through greater emphasis on religious and cultural literacy.’

Other contributors to Islamophobia: An Anthology of Concerns include Rumy Hasan, Peter Tatchell, Ed Husain, Pragna Patel, Mohammed Amin, The National Secular Society and others. 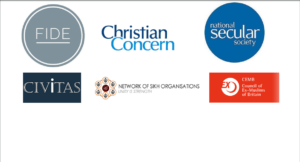 Organisations who coordinated the letter to the Home Secretary

A letter opposing a proposed definition for Islamophobia by the APPG on British Muslims has been signed by individuals from across both religious and non-religious communities.

The open letter published here has been brought to the attention of the Home Secretary by groups including the Network of Sikh Organisations, as a warning of the serious consequences adoption of this definition will have on matters of free speech and the ability to legitimately criticise aspects of Islam or the behaviour of a minority of Muslims.

The letter criticises the APPG definition and argues that it, “is being taken on without an adequate scrutiny or proper consideration of its negative consequences for freedom of expression, and academic or journalistic freedom.”

It goes on, “We are concerned that allegations of Islamophobia will be, indeed already are being, used to effectively shield Islamic beliefs and even extremists from criticism, and that formalising this definition will result in it being employed effectively as something of a backdoor blasphemy law.”

The letter has been signed by leading Christians, Muslims, Hindus, atheists and others. It includes Bishop Nazir Ali, Lord Alton of Liverpool, Professor Richard Dawkins, Tom Holland, Peter Tatchell and our Director, Lord Singh of Wimbledon.

Lord Singh said, “The government must tread extremely carefully. There is a real danger adoption of this definition will be weaponised as a tool to silence an important debate in this country.”

He went on, “It is in the interest of the government to listen to minority voices like Ahmaddiyas who face persecution from fellow Muslims, and not create a hierarchy of victimhood amongst different faiths in Britain. Groups like Sikhs without a culture of complaint already face marginalisation, and creation of all these ‘phobias’ does little to promote community cohesion and active cooperation amongst our respective faith communities. The existing legal framework is sufficient to deal with racist and religious discrimination, and we hope the Home Secretary gets a sense of the strength of feeling amongst signatories who oppose this flawed definition.”